Acting is the tenth most popular major in the country, so you won’t be the only one who wants to major in it. As a result, the degree is offered by many universities, making it challenging for you to select one.

In order to compile a list of the Best Acting Schools in Los Angeles for 2022, we looked at several acting schools and studios. Over 200 worthy students received acting degrees from these colleges collectively.

The acting and theatrical arts program you select could have a big impact on your future. For that reason, we put together our list of Best Acting Schools in Los Angeles.

Prior to choosing the ideal school for you, it’s important to arm yourself with as much knowledge as you can.

We’ve created several rankings for various majors to help you choose a school, including our list of the best acting schools in Los Angeles.

How to Choose the Best Acting Schools in Los Angeles?

However, there are some basic aspects that you ought to consider before enrolling in any acting school in Los Angeles.

Should you go to Acting Schools in Los Angeles?

Accessing the best Acting schools in Los Angeles are great ways to get into the industry, but it can also be a difficult choice. The decision to go or not is often based on your personal goals and the type of acting that you want to pursue.

Many people consider acting schools investment in their future as an actor.

What Are The Best Acting Schools in Los Angeles in 2022?

A reputable acting school that provides comprehensive instruction in camera awareness, audition strategies, and improvisation in addition to the art.

In 2004, Andrew Wood opened his own acting school with the goal of fostering a community where actors could learn and practice the wonderful acting techniques he had experienced while working as an MFA director at Yale Drama School.

The growth of performers, directors, and writers is a core value at Andrew Wood Acting School. It seeks to provide an environment where students can collaborate, create, and share ideas as they grow in their craft.

This school stands apart from other academic settings because it fosters a culture of risk-taking, creativity, and innovation in its pupils.

Students can practice their art without worrying about being judged or criticized.

For aspiring actors and actresses who want to develop as artists and learn how to take risks and be inventive, this is the ideal setting.

Professional actors, directors, writers, and technicians from all over the world come together at the Academy to work together in a collaborative and imaginative setting.

Students are encouraged to use the process of developing as an artist and to discover their unique voices in their classes.

Actors, writers, directors, producers, and other professionals in the entertainment industry can receive training at the American Musical and Dramatic Academy.

The institution is renowned for its original method of talent identification.

It has continuously led the way in opening doors for budding artists and starting careers in theater, film, and television.

You Should Read: 10 Best Acting Schools in Vancouver | 2022 Best Rankings

A well-known actor, Alan Feinstein recently starred in Traces, which premiered at the Berlin Film Festival. He has also appeared in Nip Tuck, Crossing Jordan, and N.Y.P.D. Blue.

In addition to playing series leads in The Runaways, Jigsaw John, and Berrengers, he has appeared in over 100 television shows.

Actors can learn and develop at Alan Feinstein Acting Studio. The acting studio offers courses in scene study, movement, and audition technique with an emphasis on the craft of acting.

Actor and acting teacher Alan Feinstein has a wealth of experience. His studio’s objective is to give actors a nurturing, imaginative setting in which to practice their craft.

For kids, their families, and anybody interested in becoming an actor, Berg Studios offers a range of acting programs and workshops, from the elementary level to the professional level.

The business has a committed staff that is eager to educate, teach, and offer advice to any budding actor.

Acting teacher Gregory Berger, who has been teaching acting in Los Angeles and around the world for more than 23 years, is the owner and operator of the Studio space.

A writing method focused on physicality, spontaneity, and script analysis is taught to students.

Students from LA and New York have praised the acting workshops at Berg Studios for being both distinctive in their approach to technology development and extremely beneficial.

What Are The Best Acting Studios in Los Angeles?

Students learn to be assured, daring, and bold on camera in the creative, encouraging environment of acting studios.

On-camera acting instruction is provided by their acting school. They focus on the individual teaching children, teens, and young adults and helping them gain confidence + learn how to succeed.

EMAS is an exciting acting training program for people looking to learn the profession in a demanding and motivating setting.

Program alums have gone on to establish themselves in the theater, television, cinema, and other industries.

You must enroll in their demanding 6-week intensive course if you are dedicated to your development as an artist.

Hosts a group of creative people like you who collaborate to pursue their goals.

Your platform for creative communication is Lifebook.

Actors, musicians, comedians, writers, directors, producers, and more are all represented. It’s the ideal setting to connect with others who share your interests.

Lifebook Acting Academy is for whom?

The Theatre Arts program at LMU is a distinctive curriculum that views theatre as a laboratory for the study of life, allowing students to investigate the human experience via performance.

As a core component of their goal, LMU actively promotes creativity and critical thinking.

They think that by assisting their pupils in cultivating the proper mindset, these crucial components will enable them to choose the right path in life.

There are various communication-related degrees available at Loyola Marymount University, and graduates will have many different job options.

They have a stellar reputation in the field and have welcomed a number of well-known celebrities to campus.

The Lee Strasberg Theatre & Film Institute is an organization that wholeheartedly upholds Lee Strasberg’s goals, principles, and vision. It is renowned for its ground-breaking work in the area of acting techniques that Lee Strasberg passed on.

It is often referred to as “method acting.”

The Institute works to uphold the heritage of the person who transformed acting and acting instruction in America.

The Lee Strasberg Theatre and Film Institute works to carry on Lee Strasberg’s legacy by teaching the top actors in the world and by providing a variety of courses that are specifically tailored to assist performers succeed in Hollywood.

The Meisner Technique’s Original and Last Residence is in Los Angeles!

In keeping with its founder’s legacy and generating new works for a long time, the Sanford Meisner Center

Each student’s creativity, focus, discipline, and devotion to their individual approach are developed through their curriculum.

The Stella Adler Academy of Acting & Theatre is a school that provides thorough training in cinema, television, and theater for students of all levels, and it is situated in the center of Hollywood.

The curriculum at this institution encourages kids to imagine their own worlds.

What Are The Best Child Acting Schools in Los Angeles?

What Are The Most Affordable Acting Schools in Los Angeles?

How To Book an Audition for Acting Schools in Los Angeles?

You’re about to start the most important journey of your acting career through your knowledge of the best acting schools in Los Angeles.

You will schedule auditions one step at a time.

It takes investigation and thought to pick out the best acting schools in Los Angeles.

There are several acting schools you can pick from if you want to pursue your passion for acting.

The appropriate school can give you the abilities and training required to succeed as an actor, in addition to opportunities, relationships, and support networks of like-minded people.

How can I get admission to a Theatre and Film Institute?

They only have admissions interviews. Why no audition? They do not believe in auditioning students as the best way to assess a prospective student.

What is the Cost of Tuition for Lee Strasberg Theatre and Film Institute?

Who are lee Strasberg theatre and film institute’s notable alumni?

What are the class sizes?

Do you offer scholarships? 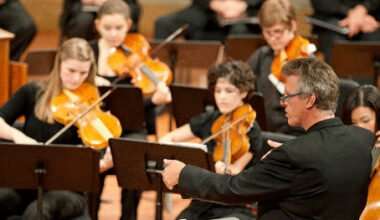 Read More
The two most well-known music schools in the United States, Juilliard, and Berklee, may come to mind first…
CColleges in USA 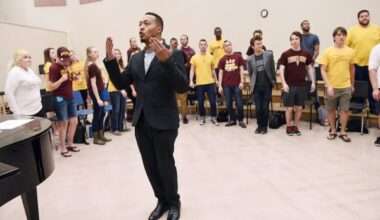 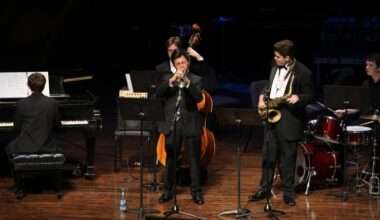 Read More
Are you trying to find the best music program at the best Kentucky university? The Commonwealth of Kentucky’s…
CColleges in USA 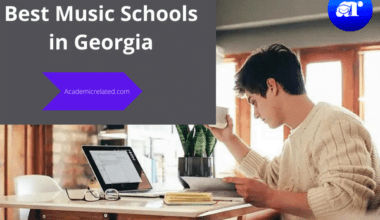 Read More
Obtaining a degree in music to eventually pursue a profession in music may not be a terrible idea,…
FFashion Schools 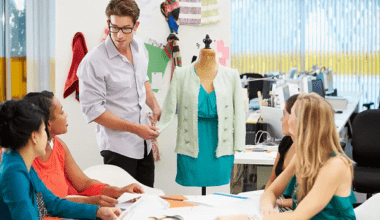 Read More
It would interest you to know that fashion design schools, colleges, and universities are available in Washington DC,…
CColleges in USA 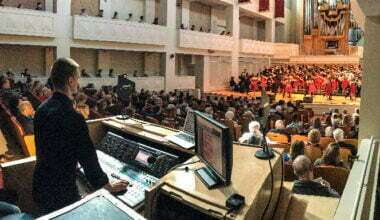 Read More
One of the most sought-after degrees is a bachelor’s degree in music, which ranks number 40 on the…