If you are looking for the best aviation schools in Canada in 2021, then you are in the right place. This content will guide through all you need to know about becoming a pilot in Canada.

Canada has few aviation schools offering aviation programs for students who want to obtain a degree in aviation. You will be taught the practical skills needed to work in aviation, gain the necessary experience and get to improve your language skills.

The main reason you should study aviation in Canada is that these schools make available for you, the opportunity to begin in fall or winter. While many programs traditionally commence in September, students have the opportunity to apply at the start of the winter semester in January to commence their lessons.

As a student keen on studying in Canada, you will likewise discover programs that focus more on becoming a pilot or working as an aircraft engineer.

Canadian colleges awarding degrees in international student aviation programs regularly have some requirements that these students are mandated to satisfy before they can enroll.

Before we go further to discussing the processes involved in becoming a pilot in Canada, we would like to recommend these online programs for you. You can open these courses in a new tab or you can come back to read it later.

Best Aviation Schools in Canada in 2021

The best aviation schools in Canada include:

1. The British Columbia Institute of Technology

The British Columbia Institute of Technology (BCIT), situated in the city of Burnaby, has offered aerospace courses for the greater part a century. Aviation courses are based at BCIT’s Aerospace Technology Campus, which focuses on a 40,000 sq. ft. hangar housing the school’s fleet of light piston and corporate jets, turboprops, and light and medium helicopters.

BCIT graduates hold greater number of roles in the aviation industry than the graduated class of any other college in British Columbia. Courses are intended to train gas turbine/jet engine technicians, aircraft maintenance engineers (avionics and maintenance), airport operation specialists and commercial pilots.

The University of Waterloo’s (UW) two aviation degrees were just introduced in 2007, however have already gained notoriety for combining practical training with academics. Students taking the Geography and Aviation degree at the Faculty of the Environment are taught to identify land formations, use multi-layer maps, comprehend weather patterns and fly a plane, graduating with a Bachelor of Environmental Studies and a Commercial Pilot Licence.

The Faculty of Science of the University of Waterloo that runs the Science and Aviation degree is designed to prepare students for careers in the aviation and aerospace industries. Students can specialize in physics or earth science and graduate with a Bachelor of Science and a Commercial Pilot License.

3. University of the Fraser Valley

Aviation students at the University of the Fraser Valley (UFV) in south-western British Columbia which is among the best aviation universities in Canada and can take either an academic route, combining flight training with a Bachelor’s in Business Administration, or an increasingly practical option, studying for a two-year diploma to gain a Commercial Pilot License.

The Bachelor’s teaches a mix of flight and business skills, while the diploma blends classroom studies, in-air flight training, simulator training and multi-engine and instrument training. The UFV likewise offers an Aircraft Structures Technician program; a Transport Canada-approved course that provides a thorough introduction to aircraft repair and maintenance.

In any case, UFV does not include flight training in its educational plan: rather students take flying classes remotely with an approved flight training provider and transfer course credits over to UFV.

Despite the fact that it is not one of Canada’s major aviation universities, Western University Canada (Western) offers a highly regarded aviation degree: a Bachelor’s in Commercial Aviation Management (CAM).

This course comes with a flight option; enabling students to obtain their degree with a Transport Canada approved Integrated Commercial Pilot’s License (ICPL) with multi-engine and instrument ratings.

This implies graduates can take work as a professional pilot or accept managerial obligations with an airline. The flight option is taught at Diamond Flight Centre at London International Airport (CYXU) on four types of aircraft: the Diamond DA20, DA40, DA42 and Grob 115C.

Established as a vocational college in the 1960s, Ontario’s Sault College has been training professional pilots since 1974, utilizing facilities at Sault Ste. Marie International Airport. Sault’s approach to aviation is practical and spotlights on professional skills, with courses including Airport Administration, Airline Operations and Services, Airport Wildlife Management, Aviation Technology – Flight, and Aircraft Structural Repair Technician. Students train on a fleet of Zlin 242L and Piper Seminoles. A few courses, including Aviation Technology – Flight, are only open to Canadian nationals.

Graduated class of this course can enter an airline and go straight into a first officer position. The school has strong industry links; for example, all alumni from the Seneca Airline Pilot program are qualified for interviews at Air Georgian. Seneca School of Aviation has its own fleet which incorporates Cessna 172s, Beechcraft Bonanzas and Barons, G1000 172s and a G1000 Baron with glass cockpit.

These are two- to three-year diplomas with an emphasis on professional skills, planned with consultation from industry experts. ACE’s facility involves two hangars plus classrooms, laboratories and shops, and is home to three full-time aviation programs.

Established in 1929, the Moncton Flight College is a pilot training school situated at the Greater Moncton International Airport in Dieppe, New Brunswick, and Canada’s largest private flight school hence is one of the best aviation schools in Canada. The Moncton Flight College has a second location at Fredericton International Airport in Lincoln, New Brunswick, where the majority of students are citizens of China.

This college offers a Bachelor of Science in Aviation, an Integrated Airline Transport Pilot (IATP) and Integrated Commercial Pilot Course (ICPC), and Modular Pilot Training Programs. Since its establishing, the college has trained more than 20,000 pilots from around 70 nations and has approvals from Transport Canada and the CAAC (Civil Aviation Administration of China). According to the educational institution, Moncton alumni hold positions as chief pilots, chief flight instructors and government officials.

Georgian College, a mammoth Ontario school with seven campuses and 12,500 students is one of the best aviation schools in Canada and, runs a three-year diploma course in Aviation Management out of its Barrie Campus in picturesque Kempenfelt Bay. Established in 1986, the course is run by Georgian’s Canadian Aviation Institute (CAvI), and is intended to give students a combination of theoretical understanding and hands-on involvement in aviation and management.

There is likewise a mandatory industry work experience component. Graduating students receive a diploma qualification and can study abroad for an additional year to gain either a Bachelor of Science from Embry-Riddle Aeronautical University in Florida, a Masters in Aviation Management from Griffith University in Australia, or a Masters in Transportation Policy from Loughborough University in the United Kingdom.

How much does pilot training cost in Canada?

Training and licensing in its entirety can cost up to C$14,000 for a commercial pilot and about C$10,000 for a private pilot.

What is the best college for a pilot?

The Best U.S. Aviation Colleges include among others,

Which country pays pilots the most?

The countries that pay pilots the most and the corresponding salary is as follows:

No one pursues a degree in aviation in order to become a millionaire. Commercial flying is, in the greater part, very badly paid and involves taking on (normally) remarkable levels of debt to be eligible for it. Just pilots who have been fortunate enough to progress to captain in a significant airline are earning 6 digit salaries.

Can Pilots family fly for free?

Otherwise known as the family members are welcome to fly for free however can be bumped if the flight is full of paying PAX. All airline “pass” travel is space A with the exception of a few carriers like AA that make available very few positive spaces passes for their employees.

Do pilots have a high divorce rate?

The divorce rate of pilots is high all through the nation, but you may be shocked to learn that in the transportation industry the rate is getting close to epidemic levels. About 75% of some pilot groups have been divorced once or more.

How much does it take to study Aviation in Canada?

Aviation programs are usually more expensive and expect students to pay for their materials and textbooks. Airline programs in the nation can cost between $5,000 and more than $20,000 yearly.

Is Canada Good For Aviation?

Canada is absolutely a good place for aviation, Canada has the second-highest population of pilots in the world, with 70,000 pilots. They have some most respected Modern Air Traffic Control Systems, weather forecasting systems, and infrastructure. They also have some of the best standard Aviation Licenses in the world.

How Much Does A Pilot Earn In Canada?

There is no direct yes or no answer to the question, a poor student will have to work harder than a good or average student to become anything he or she wants to become. So a poor student who is willing to work hard and give ample time to detailed studies can become a Pilot.

What Are The First Aviation Schools In Canada?

You can carefully go through this article, to know more about these colleges.

If your study abroad destination is Canada, studying aviation in any of the best schools for aviation in Canada will absolutely be a great choice. So you are free to take time again to peruse this post once again, before choosing a school that perfectly suits your needs.

Lastly, if you are wondering if Canada is a good destination for aviation, yes it is, just choose a good school and you will be good to go. 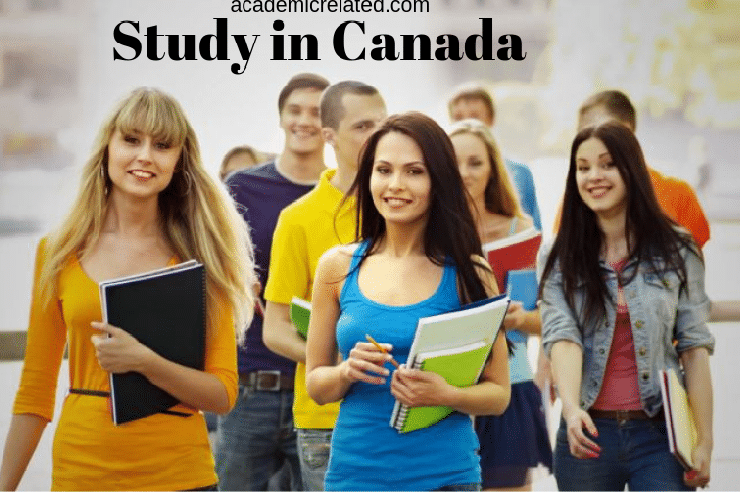 Read More
Have you been looking for Canadian scholarships available for international students? If so, then this scholarship guide will…
SStudy in Canada 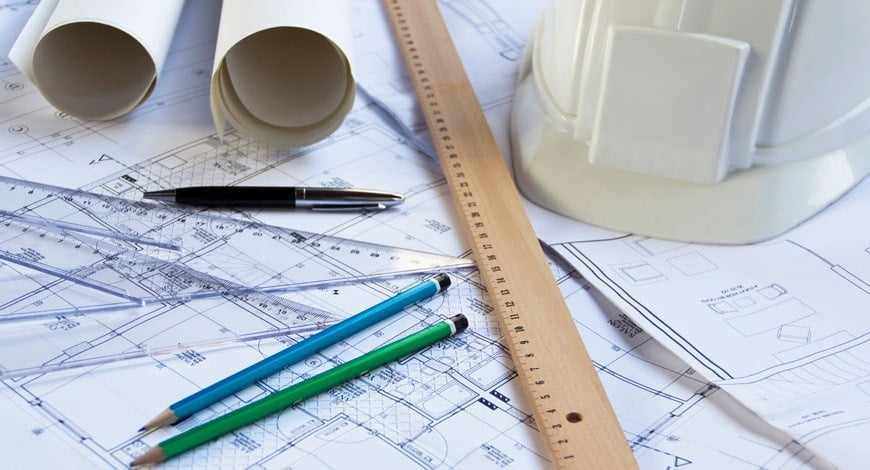 Read More
Are you interested in knowing the the best civil engineering schools?, then ready this, it contains all you…
UUSA Scholarships 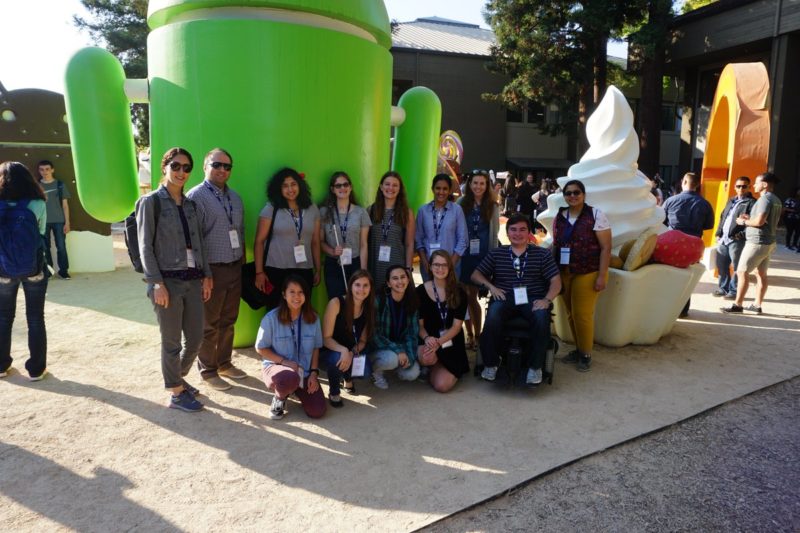 Read More
Google Lime Scholarship 2022-2023 is currently ongoing for undergraduate, graduate students. The program is open to undergraduate or…
SStudy in Canada 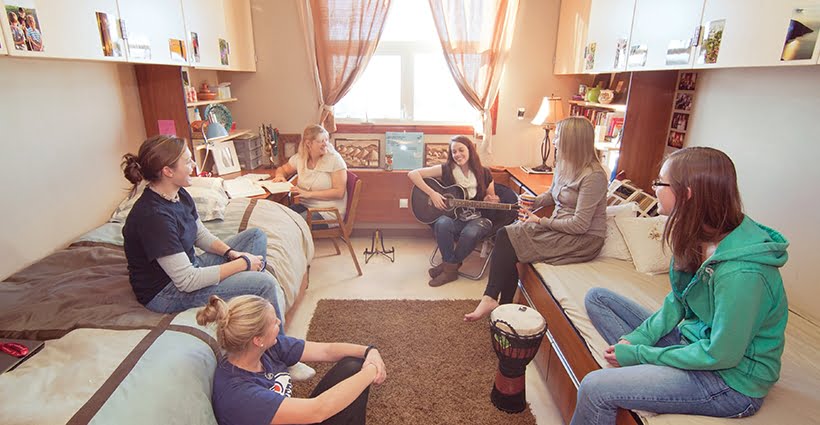