FBI is an acronym that stands for Federal Bureau of Investigations.

It is an elite organisation with its members referred to as FBI agents.

These personnels are responsible for the safety of America and her citizens.

The FBI agents’ job description revolves around combating life-threatening challenges such as terrorism, drug trafficking, and organized crime and they do this on a daily basis.

In executing these duties, they make use of both computer and financial know-how to protect against fraud, cyber theft, and white-collar crimes.

In this article, we have discussed the following

Yes, all for you in this article. Do enjoy the ride!

How Do I Become an FBI Agent?

Certain requirements must be met before one can even begin to think about becoming an FBI agent.

These requirements are encompassing in that they not only include your age and citizenship but also cover the applicants’ overall background.

The first among the FBI agent requirements is that you must have citizenship with the U.S. Not being a US citizen means kicking against the bricks because you won’t be given consideration.

Your place of residence for the last three to five years needs to be the United States.

To earn a position as an FBI agent, you have to be within the age range of 23 to 37 years old.

The age criteria are very necessary because while certain waivers are available, only people who meet this age category will be considered for the position.

This is to make sure that FBI agents will not only have mental maturity and experience, but also physical strength and endurance.

It isn’t enough to meet the FBI age requirement as the application process will likewise include a painstaking background check and security clearance.

This is beyond the standard records inquiry that you might have with other positions, as the Federal Bureau of Investigation will also look into employment, military records, medical history, law enforcement, credit, etc.

Before approval, you’ll have to scale through the FBI’s Personal Fitness Test.

To buttress this point it is explicitly stated by FBI’s official website that “you must already be in excellent physical condition before applying.”

The FBI Physical Fitness Test app permits you to test yourself to find out if you have the required level of fitness to make it in the Federal Bureau of Investigation.

The FBI Physical Fitness Test will require sit-ups, push-ups, a 300-meter sprint, and a 1.5-mile run.

To qualify for the Hostage Rescue Team, you are expected to do pull-ups likewise.

If you are not quite meeting the FBI physical test requirements, you can take the time to get into a workout routine to support your fitness scores.

FBI Medical testing is also one of the FBI agent requirements required for intending agents, assuring that the applicant doesn’t have any underlying physical condition that could be impedance afterwards in their career.

Candidates should also have had their driver’s license for a minimum of six months before applying.

Visit the FBI’s website for further findings on application requirements.

Some agents may be working outside while others will be working in the office.

Those working outside the office gather evidence, question suspects or witnesses and perform surveillance operations as field agents while some other agents may work in the office performing technical tasks which include gathering evidence online and maintaining FBI security systems.

Before one becomes an FBI Agent, he/she undergoes a highly selective process in which such a fellow is expected to pass a series of exams and physical tests before being considered.

According to the Bureau of Labor Statistics, Police and Detectives are required to see a job increase of 4 per cent through 2024.

This will be an addition to an estimated 33,100 jobs to this sector during this period.

What is the passing score for the FBI physical fitness test?

According to fbijobs the passing score for the FBI physical fitness test is 12 points.

12-points means at least one point per stage, and you get a minimum of 5 minutes rest between two events.

The FBI agent salary is not fixed as there is a wide variety of differing pay levels for law enforcement officials, but a good number will earn a very good take home.

Being that the FBI is one of the United States’ most elite and relevant law enforcement organizations, agents and leaders of the Bureau can expect to receive some of the best salaries in law enforcement.

A scale is used for government jobs payment, and trainees for the FBI start at a GS-10 level, where pay starts at $50,246 annually.

As one keeps making progress in the job, even staying at the GS-10 scale, there are various levels that can bring pay all the way up to $65,321 on a yearly basis.

Furthermore, the base pay has a cost of living addition that is at a default of 15.95% for all areas of the nation, so even at the least pay grade, an FBI agent can make almost 16% beyond the base salary.

There can be variation in the cost of living bump between about 16% to all the way up to 41% of base pay, meaning that agents who work out of a field office in a high cost area will receive a larger increment in their take home.

For individuals who find their way into managerial and supervisory roles at the FBI, such persons can get to GS-15, which has a top salary of $142,180 annually. Generally, FBI agents are some of the most highly skilled and compensated people working in US law enforcement.

Remembering that that cost of living bonus is added on top of all of these base salaries, the compensation for FBI agents is very high.

According to the Bureau of Labor Statistics (BLS), one of the best organizations for salary information, FBI agents make an average of $63,380 yearly.

Detectives and criminal investigators made an average of $85,020 annually.

While these are averages for a good number of people in law enforcement, FBI agents, in general, are on the higher side of this scale.

Being a lucrative career in the US, newly-minted FBI agents can make a very comfortable salary, earning around $60,000.

What Does an FBI Agent Do?

FBI agent duties are typically broken down into the five different divisions/categories of cyber, intelligence, criminal, counterintelligence, or counterterrorism.

Depending on the area of expertise and training of an FBI agent, specific job duties will vary by role.

Be that as it may, in general, FBI agent duties may include:

The FBI Academy is operated by the Bureau’s Training Division and is dedicated to being the world’s premier law enforcement learning and research centre and an advocate for law enforcement’s best practices worldwide.

The FBI Academy is located on 547 acres within the immense Marine Corps Base in Quantico, Virginia.

New agent trainees use riot gear during a practical exercise.

Recruits spend countless hours studying everything from ethics to investigative techniques, learning about Bureau operations, gaining experience in conducting intelligence-led investigations, fine-tuning their computer skills, and pushing their bodies to their physical limits.

FBI Academy is situated about 36 miles outside Washington, D.C. and is a full-service national training facility—with conference rooms and classrooms, dorms, firing ranges, a gym and pool, a library, a dining hall, and even a mock town.

So, the academy is quite equipped.

The training programs offered by the Academy are many and include training on:

Is it hard to become an FBI agent?

Becoming an FBI Agent is an enormously difficult and competitive process.

It requires years of time, planning, and hard work to mould oneself into the kind of applicant the FBI is looking to hire. It’s not going to be an overnight event, and the hiring process itself can take a year or more.

How much money do FBI agents make?

What are the main FBI education requirements?

Before applying the job of an FBI Agent, it is important for applicants to be in possession of a bachelor’s degree from an accredited educational institution.

What GPA do you need to be a FBI agent?

Prospective FBI agents are mandated to be in possession of a bachelor’s degree with an overall Grade Point Average of at least 3.0.

Can an FBI agent get a tattoo

Absolutely, an FBI agent can get a tattoo.

But, in order to protect the image of the FBI, you may want to place your Tattoo in places where they cannot be seen easily especially when you are  on your uniform

How long does it take to become an FBI agent?

It can take between 5 to 6 years  to become an FBI agent.

After graduating from high school, it takes another 4 years to get a bachelor’s degree.

After obtaining a bachelor’s degree, you will then have to apply for your FBI training.

Training usually takes between 6 to 12 months to complete.

Do you get paid while attending FBI Academy?

Yes, trainees are paid while attending the academy.

Conclusion: How to become an FBI agent

If you are between the age of 23-36 and you want to fight crime, becoming an FBI agent will be a great option.

Make maximum use of the information on this guide on how to become an FBI agent and soon you will be fighting crime and making the world a better place.

If you have further questions on what it takes to become an FBI agent, kindly leave a question.

How to Become an Investment Banking Analyst in 2021

Read More
Are you creative and want to become an interior designer? If yes, then this article will guide you…
HHow to Become Read More
Wondering how to become an investment banking analyst in 2021? We’ve got you covered.  Academic Related has discussed…
HHow to Become 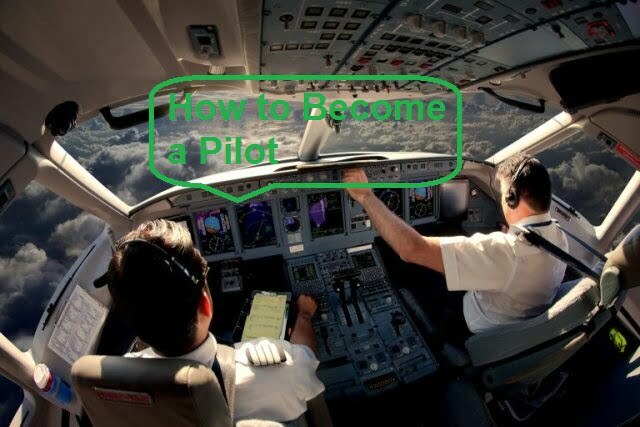 Read More
Do you want to know what it takes to become a pilot? Well, this is a step-by-step guide…
HHow to Become a Doctor 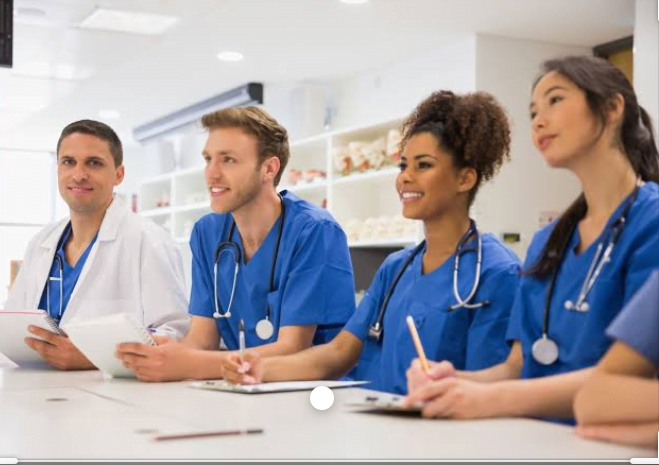 Read More
If you desire to study in one of the best medical schools in Mexico in 2021, then this…
HHow to Become A Nurse 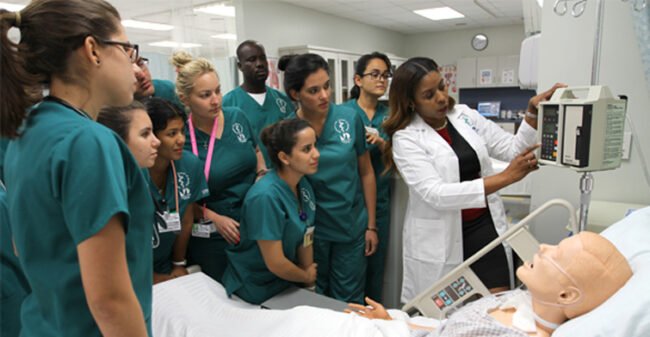 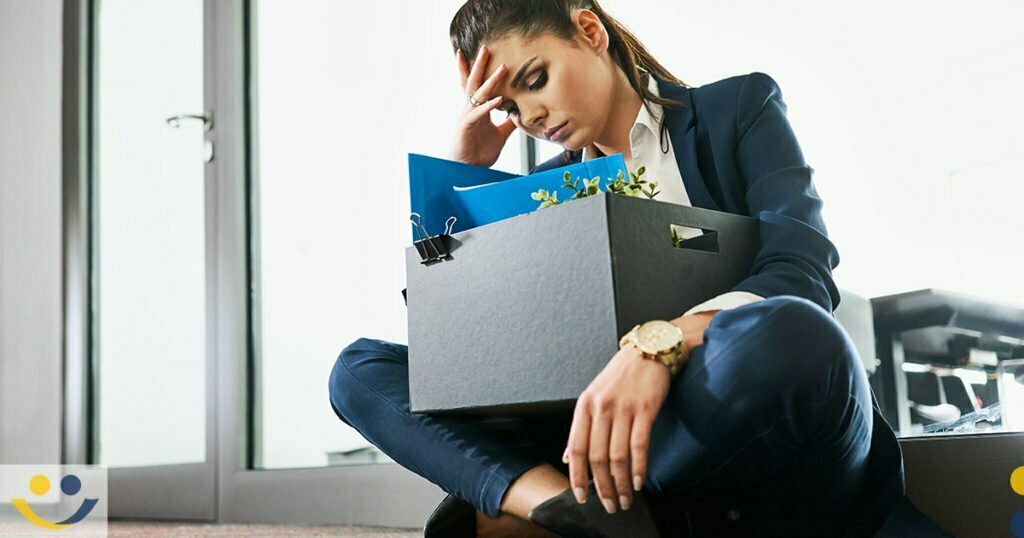 Read More
Did you just lose your job? It is important for you to know that it is not the…