The Conservatory of Music is a higher education facility focused on music education and research.

It is the breeding ground for technical skills that develop and are passed down through the music industry.

China is home to many specialized institutions for studying music and the arts, some of which are well-known internationally and draw students from China and other countries interested in the subject.

This article will discuss the ten best music schools in China in 2022.

Ling Lun, who created bamboo pipes tuned to the sounds of birds, is credited as the mythical creator of music in China culture.

The Shijing (Book of Songs), a compilation of poetry from popular songs or chants, is one of the Five Classics purportedly edited by Confucius.

Based on the finding of a bone flute manufactured in the Neolithic Age, traditional Chinese music can be dated back 7,000–8,000 years.

Only royal families and dignitary officials could listen to the music played on chimes and bells during the Xia, Shang, and Zhou Dynasties.

The Tang Dynasty saw the mainstreaming of dancing and singing, which had previously only been practiced in the imperial court.

Exotic and religious tunes were incorporated into Chinese music with the arrival of foreign religions like Buddhism and Islam, and the Chinese people delighted in them at festivals held by religious institutions.

Music was considered essential to the harmony and longevity of the state in ancient China, yet musicians were held in far lesser regard than painters.

Almost all emperors were serious in folk music, sending officers to gather songs to learn the people’s thoughts. They included numerous folk songs from the period between 800 BCE and roughly 300 BCE in the Confucian Classic Shi Jing (Poets).

There is a growing market for music education in China. This is due to the assistance of the government, China’s rising economy, and an increase in consumer sophistication. The significance of music certifications to Chinese families is a further consideration that shouldn’t be ignored.

One of the key areas of the music education in China market is musical instrument education. As a result of China’s gradual influx of western culture since the country’s economic opening in the late 1990s, Western musical instruments now make up more than 59 percent of the market in China.

This also coincides with the fact that the piano, guitar, and ukulele, three of the top four musical instruments on the market for music education in china, are all Western instruments.

The main motivation for Chinese parents to encourage their kids to learn to play an instrument is to pass the music certification exams.

Even if most Chinese parents do not encourage their children to go to art schools, they nonetheless want them to have some artistic abilities, including playing musical instruments.

Universities give these kids with advanced artistic abilities a distinct route for the college entrance exam.

Long-term employment in the field of music teaching is possible for those with the required credentials and abilities.

Are there Music schools in China???

Yes, there are music schools in China. Students from China and worldwide attend these schools to gain knowledge of music, music production, choreography, and the like.

In contrast to the U.S., where many universities offer music majors or courses to interested students, all music education at the college level in China is provided by specialized music colleges or colleges of art with a music department.

The following is the list of the best music schools in China:

Students may take advantage of the school’s extensive course offerings and its four on-campus research institutes, including the Voice Research Center.

The university also offers a connected program with a nearby middle school that allows young conservatory teachers to gain practical teaching experience.

In contrast, middle school students can hone their skills to engage youngsters early in appreciating and studying music.

The Shanghai Conservatory of Music was one of the first best music schools in China, having been founded in 1927 as the National Conservatory.

The school also houses a sizable international studies department where foreign students can enroll in short-term music and language courses. Or, if they have the necessary language skills, can matriculate into classrooms with Chinese students for long-term research.

The purpose of the China Conservatory of Music, which was founded in 1964 at Prime Minister Zhou Enlai’s proposal, is to educate students in the theory, application, performance, and promotion of traditional Chinese music and instruments including the erhu, suona, and pipa.

There are eight departments in the school, each with a focus on a different aspect of music education, performance, or singing and opera. The majority of the school’s courses are designed for undergraduate study, but there is also a master’s degree, continuing education, and a night classes section for both professional musicians and non-music majors.

The Sichuan Conservatory of Music, which was founded in 1939 as the “Sichuan Provincial Drama Education Experimental School,” has undergone several names over the years.

In 1959, the Ministry of Education approved its current name, making it one of the six professional music colleges with undergraduate programs.

The sole independent higher education institution for music in central China is Wuhan Conservatory of Music.

One of the best music schools in China, the institution now has the authority to award master’s degrees.

The Xinghai Conservatory of Music is a higher education institution for musicians in Guangzhou, Guangdong Province.

The college’s primary focus is undergraduate and graduate education, including two secondary dance and music schools linked with it.

There are 17 undergraduate majors available, including design, music, dance, theater, and cinema.

An independent, publicly funded university was founded in Heilongjiang Province as the Harbin Conservatory of Music.

One of the top universities for discipline construction in Heilongjiang Province, it is one of the eleven professionally established best music schools in china.

The university is situated in Harbin, the provincial capital of Heilongjiang, which the United Nations refers to as the “City of Music.”

A full-time general college that develops musical and artistic potential is the Xi’an Conservatory of Music. One of the 11 independent music colleges in china.

Additionally, it is a private university in the Northwest. I regard the university as “the nursery of music abilities in the Northwest,” a base for studying and promoting Shaanxi music, and a significant hub for producing music for film and television in the country.

The Tianjin Conservatory of Music was established in 1958 and was among the first institutions of higher learning in China to award bachelor’s and master’s degrees.

After many years of construction, the college has evolved into a significant higher education facility to train professionals in music, dance, drama, cinema, and television.

Several well-known musicians, academics, and academic leaders from the college have a stronger impact on the music business both domestically and internationally.

How much does it take to study in China for international students???

Generally speaking, undergraduate studies in a public university in China cost between US$2,000 and US$10,000 per year depending on the university and major.

The price varies up to 30,000 USD per year for private universities and even up to 40,000 for MBA degrees per academic year.

The most expensive music schools in China:

The best music schools in China are few in number but the following is the list of the most expensive schools:

The best music schools in China offer several music programs for international students. They include:

In addition to being a beautiful metropolis, there are many best music schools in china that support high-quality education, which is crucial for any developing civilization.

The best music schools in China are included in this article, along with details on tuition costs, acceptance rates, and other factors to consider while choosing a school.

What are the requirements to study music in China??

How long does it take to study music in China??

The most typical degree, a Bachelor of Music (BM), typically requires four years to complete. Specializations in this field can be found in performance, composition, history, theory, jazz studies, music production, church music, and music technology. The majority of the curriculum focuses on performance, history, and theory of music.

Do you need to understand Chinese to study in China??

To study in China, you don’t need to speak Chinese very well! Numerous top-notch programs taught in English are available to international students at universities in China. The best music schools in china do not totally require the knowledge of medicine to study as a student. 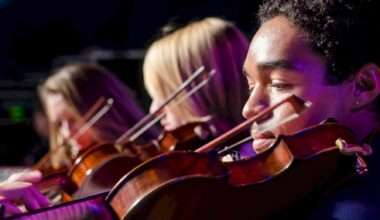 Read More
Did you know that Florida also has some of the best music schools in the country? Florida is…
MMusic Schools 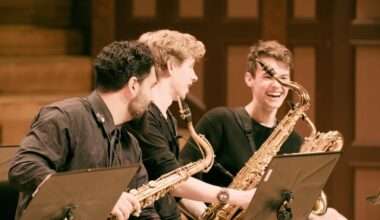 Read More
Like any other region today, music is significantly expanding in New Zealand. The industry has a long list…
CColleges in USA 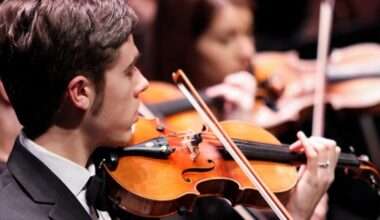 Read More
With music ranking as the country’s #40 most popular degree program, it has above-average popularity. So, when looking…
MMusic Schools 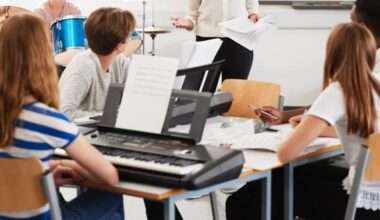 Read More
The Best Music Schools in Italy can be learned about in great detail by reading this post. It…
MMusic Schools

Read More
You won’t be alone if you decide to major in music; it’s Japan’s 12th most popular degree program.…
MMusic Schools 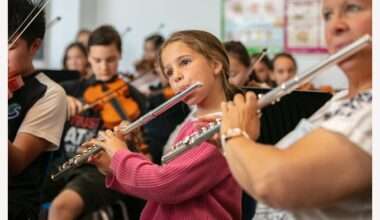